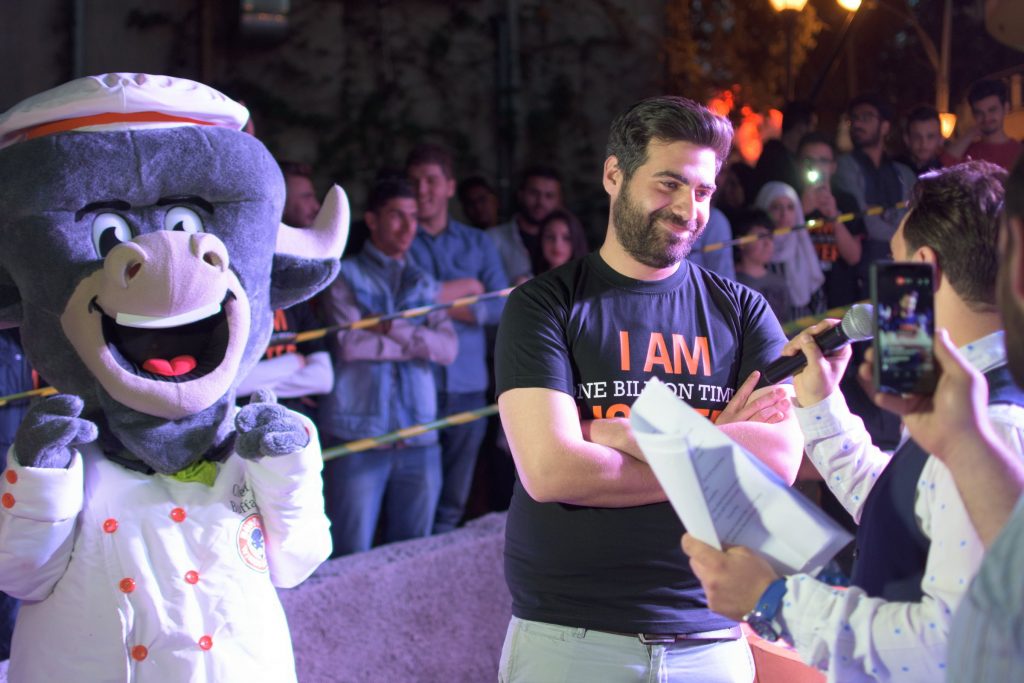 On the 25th of April 2017 one of the most exciting and challenging events took place at Buffalo Wings and Rings Jabal Amman “The One Billion Challenge”. The Hottest most extreme sauce has been introduced for the first time ever at BWR this year, overcoming the hotness of our One Million Sauce.

The contest took place in the parking lot of Jabal Amman. The competitors had to eat 15 wings, dipped entirely in the world’s hottest one billion sauce, in two minutes or less in order to qualify. The person who eats the most number of wings with all of the chicken off the bone wins.

BWR Jabal Amman’s Parking Lot was packed on the night of the challenge with many people who came in to participate, watch, support, and cheer on to their friends who were participating in the challenge.

Second & Third place had a tie, and an additional round was made to choose the winner of the second & third place. Hamzeh Salameh took the first place, knocking over the previous winner of the One Million Challenge by eating 9 wings in the tie breaker round and won 1,000$ in cash as well as 50 JOD voucher from BWR. Majed took the second place in the second tie breaker round by eating wings dipped in our atomic sauce to make it easier for them to survive the 3rd round and won one night at the Marriot Dead Sea & a 25 JOD voucher from BWR. As for the 3rd place, it was held by Malak, where he won 100 JOD worth of Careem Credit & a 10 JOD Voucher from BWR with a free Dessert.